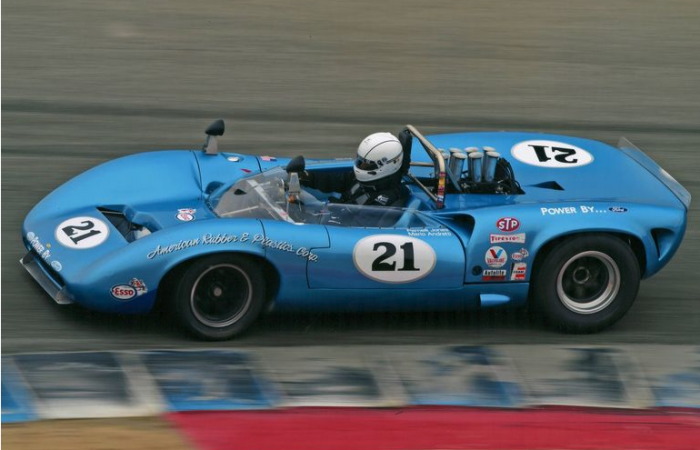 Visually striking in every respect and constructed with the most sophisticated methods and technology of the times, the Lola T70 remains among the most important and beautiful racecars ever built. And while the T70 stands proudly on its own merits, the result of largely cottage industry innovation, the first mid-engine Lola is historically considered the conceptual father of the iconic Le Mans winning GT40; a remarkable distinction considering that it changed the course of motorsports, while influencing construction methods still in use for modern competition cars today.

Established in 1958 by Eric Broadley, a remarkably talented engineer and businessman, Lola cars was a fledgling company eager to make their name in the growing racing field. The UK based company began their engineering developments building front-engine sports cars, rapidly expanding their offerings into larger ventures. But it would be their ground-breaking work on the Lola Mk6 coupe fitted with a Ford engine that would capture the attention of Ford engineers, who vociferously tapped Broadley for innovative contributions to the development of the Ford GT40. During this intense two-year period, the GT40 incorporated numerous ideas including Broadley’s sophisticated construction methods, suspension geometry, and body design.

Exhausted and frustrated by the limitations imposed by the Ford corporate brass, Broadley finally freed himself from his contract and returned to Lola with newfound focus. Armed with the experience offered from multi-million-dollar racing budgets, Lola built their unique aluminum monocoque design as the platform for one of the most successful and arguably most beautiful cars, the Lola T70. An immediately formidable competition car, the T70 offered phenomenal and reliable performance, world class chassis engineering, and superlative handling in part due to the sophisticated suspension but also due to the high-speed aerodynamic efficiency designed into the stunning Peter Jackson body. All this resulted in John Surtees taking the first Can Am Championship crown in 1966 winning five of the six races in his T70, not to mention Porsche taking notice of the highly effective Lola design, purloining the distinctive rear treatment for their 917.

Although first offered in open configuration when introduced, Lola eventually built cars in both closed and open top “spider” configuration, each of which offered unique body designs, but relied on the same lightweight yet remarkably robust aluminum monocoque construction. The tremendous horsepower, mid-engine design, and improved Mark III brakes culminated in 1969 when Lola T70s finished first and second place in the 24 Hours of Daytona.

According to the definitive book on the marque “Lola – The Sports Prototype & Can Am Cars”, this car, SL73/127, was sold new on November 9, 1967, to legendary Indy engineer, George Bignotti, fitted with a Ford Indianapolis four-cam engine and Hewland gearbox LG500-155. Configured as a development car with the Indy Ford engine, Ford backed Bignotti for two seasons. The first driver designated to compete in CanAm Motorsport on September 23, 1967, was Al Unser. However, the car listed as DNA. Through the 1967 season, Parnelli Jones took the wheel as #21 at Laguna Seca October 30, Can Am Round 4, where he finished 4th in practice and DNF with fuel vaporization. On November 11 at Can Am Riverside, Jones #21 finished 5th in practice and 4th overall. In December at Can Am Stardust Grand Prix, Las Vegas, Jones #21 led until lap 4 when a gear lever broke resulting in a DNF.

With the Chevrolet engine in place, at one point in the late 1960s, the car was given to a gentleman by the name of Mr. Issy, a local Jaguar dealer, for his 63rd birthday. Among his many automotive pursuits, Mr. Issy, attempted to qualify for the Indy 500 at age 69. The next known owner is indicated by a copy of the Bill of Sale, September 19, 1995 between seller Neil Johnson and buyer Shelton “Shelly” Washburn, California. The car is then known to have been sold to a Canadian buyer, and subsequently later sold to Neil Bonner. The next owner, around the late 1990s, Hammish Summerville, sold the car to Nick Colona who engaged well-known experts at Intrepid Motorcar Co. (Intrepid Racing) to extensively service the car. Colona then sold it to Peter McLaughlin. With prior race preparation from noted experts Simon Hatfield and Bert Skidmore, the car was already well-sorted when the 2006 restoration was undertaken by Lee Chapman’s shop. At this time, being mindful of the history and originality, the car was carefully restored, including the tub, which was reskinned by John Collins, a former McLaren Can Am construction team member. On March 3, 2006 the car attended Sebring HSR, restored essentially as new, fitted with a Chevrolet engine. For many years the car competed very successfully in numerous events, in part due to fantastic preparation but also due to the amazing power and handling. In 2016, Peter McLaughlin arranged for the sale of the car to the current owner who has raced it in various events, as documented in the HMSA logbook.

Records on file with the car most recently dated 2014 and 2015 total over $30,000.00 for race preparation and services including rebuilding the engine, crack checking all four corners of the suspension, and preparing a spare “endurance” front body section in matching livery with lights for night sessions. During this time, the car had been used only briefly for one outing at the Daytona Classic in 2014. The 2015 Marcovicci-Wenz Engineering engine rebuild is documented by a dyno sheet showing 639 hp at 6200 rpm and 541 lb. ft. torque. The engine is estimated to have about ten hours of run time since these numbers were recorded. Detailed records of this period of service are on file with the car.

As a term of sale, the current owner arranged for a spare Hewland LG600 5-Speed gearbox (#269) to be included with the purchase, later having John Anderson Racing install it in the car. Records for service from 2016-2019 are included with the car, briefly summarized here. In November 2016, the car was serviced by John Anderson Racing tending to the suspension, gearbox, new battery, master switch, kill switch and other details. In April 2017, the car was serviced including bleeding the brakes and clutch, and new Willans Silverstone seat belts installed (dated to 2022). In October 2017, the rear end was removed, new dog rings installed, new brake lines, and detailed machining work performed on the gearbox casing for better fit. In May 2018, the car was prepped for Laguna Seca with new upper ball joints in A-arms, brake pads replaced, hydraulics bled, and a new battery installed. In August 2018, the car was serviced again in preparation for various race events including inspection of all components, gear stack removed with regrind, and hydraulics bled. In April 2019 the car had new tires installed, followed by an October 2019 service including changing out the master cylinder, hydraulics bled, the gearbox removed, the input shaft machined, and the chassis cleaned. According to the HMSA logbook for this car, participating races under current ownership include March 31, 2017 CSRG, September 29, 2017 CSRG Sears Point, May 18, 2018 Laguna Seca, August 17, 2018 Pre-Reunion, and April 12, 2019 CSRG.

Among the many races the current owner participated in, in August 2018 at Laguna Seca he finished 3rd place behind Kirt Bennet and Chris MacAllister (both running big blocks) and ahead of the Penske M6A Big Block drive by Bruce Marquard (that car also having been restored by the current owner). In April 2019 at the David Love Races, Sonoma, he finished 1st place in the USRRC race after starting from pit row after the green flag. Delayed in arriving from competing in a previous race, the owner couldn’t get to the pre-grid in time. During the course of the race, he pressed on to the win, and was given the “Hard Charger” award for coming from the back of the pack. In October 2019 at the Charity Challenge, he achieved 1st place as well “By a Country Mile” as announced by the track announcer, coming in at 32 seconds ahead of the pack. A few of these races are documented with photos and captions in Vintage Motorsport Magazine.

Today this historically important Lola has been faithfully cared for and properly prepared for vintage racing competition by a host of experts. With absolutely no dispute regarding the provenance in period or as raced in recent years, the current cosmetic condition is reflective of racing duty with just the right amount of competition patina to the paint and sponsorship markings. The spider body configuration sports the #21 livery, reflective of the period when Parnelli Jones and Mario Andretti raced the car in 1967 and 1968. The exceptional attention to detail to the mechanical features is evident throughout the car. The rarely seen T70 spider bodywork is beautifully formed in both the solid nose version (showing a bit more evidence of track time to the nose and intake area) and the headlight equipped “endurance” nose, which has excellent cosmetics attributed to having logged fewer track hours. The paintwork overall is glossy, with a host of small blemishes, typical of vintage competition use over the past thirteen years, but honestly presented as it might have been seen in period races. The wheels and tires are in excellent condition, appropriately sized and tucked under the beautiful aerodynamic body. The clear lenses, lighting, windscreen and side windows are also in very good condition.

The cockpit is clean and very well laid out with excellent driving position, a formed seat, and recently upgraded seat belts, dated to 2022. A fire suppression system is also professionally installed. An important distinction for many enthusiasts considering the purchase and use of a Can Am car, is the seating comfort for the driver. The current owner, at 6’ 2”, has plenty of legroom and ample seating flexibility – a welcome feature in a car of this authority. The chrome plated roll bar features event stickers from a sampling of the many races this car has participated in particularly in recent years.

With the rear section exposed, the mechanical components, beautifully finished suspension, and ground-breaking features further boast the professional racecar preparation and care afforded during documented ownership. The engine compartment is beautifully detailed and very tidy, featuring the Hewland LG600-269 5-speed gearbox, polished carburetor trumpets, and tuned exhaust blaring a 640 hp V8 symphony, one can almost hear, even when the engine is resting. The exposed mechanicals of the front section further reveal a very clean car, displaying the correct manufacturers plate, cooling ducts, and beautifully finished components. Although this car has been expertly prepared with full safety equipment, we recommend a professional race shop perform an inspection and review all systems before driving in a competition setting.

This is a fantastic opportunity to acquire an historically correct and documented example of one of the most stunning competition cars in the history of professional motorsports construction. The incomparable Lola T70 is not only one of the most important Can Am cars ever built, this particular Mark III spider, having been constructed in 1967, is essentially the ultimate USRRC run group car for CSRG (‘67 being the cutoff year). It will confidently run at the head of the pack in many events, just as it has repeatedly done so in recent races. The exceptional mechanical condition, known ownership history, period livery, and the historic importance of factory construction figure prominently in the rarity and usability of this exceptionally well sorted and important Lola T70 Mark III spider. 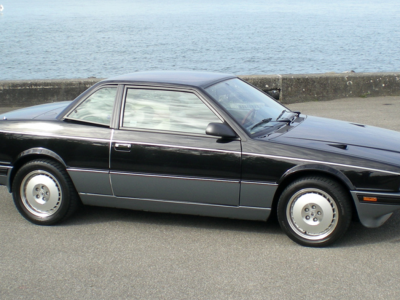 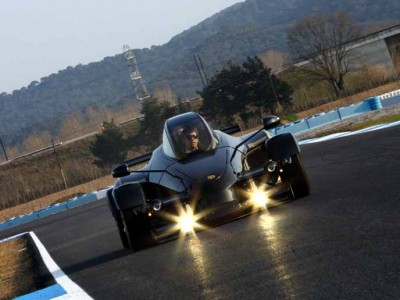