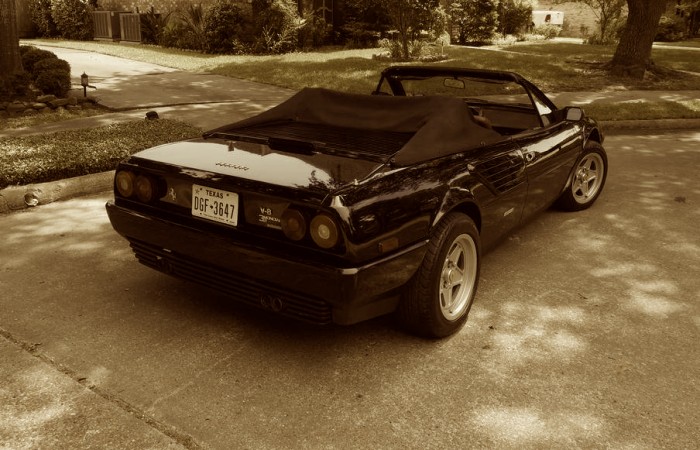 Introduced in 1980 to provide a practical and compact addition to the Ferrari line, the Mondial featured a transversely mounted carbureted 3.0 liter V8 shared with the 308. Like the 308, the Mondial was continuously developed and saw the adoption of fuel injection, four valve cylinder heads, and eventually an increase in displacement to 3.2 liters. The styling was freshened as well, with integrated color-coded bumpers and more attractive front end styling. When the 348 was introduced, the Mondial was substantially upgraded as well, including the adaptation of the 348`s 3.4 liter 300hp V8, which was now longitudinally mounted. The interior was freshened significantly as well, and the name became Mondial t. These last of the line cars represent significant mechanical and functional improvements over earlier examples, rather than just being superficial facelifts.

This particular car is a recently serviced 58,500 mile car that has always been taken care of. It was manufactured in 1985 but sold new in New York in 1986 and comes with paperwork and records from new. The car has been conscientiously maintained,

Cosmetically, this car is predominantly original and has been well-preserved. There are no major dents or bodily damage, just a few minor scratches and light road wear to the frontal areas. The wheels are excellent, and the glass and lights are very good as well.

The interior is similarly nice, with excellent dash, and door panels, which are almost completely covered in leather. The seats are very nice, remaining supple and exhibiting minimal wear. The carpets are very nice as well, as are the switches and instruments.

The engine compartment, front compartment, and trunk are all original, clean, and well-kept. There are no significant signs of molestation or surprises. The car runs and drives as it should, with enjoyable performance and handling.

This is a great opportunity to acquire a usable, practical, and well-cared for `Family Ferrari`. This is the only factory-built four seat convertible Ferrari, and this particular example is ready to enjoy. It has just been treated to a no-cost spared service, and is attractive, but not so nice as to discourage its owner from using it. It comes with manuals and the original and complete tool case. 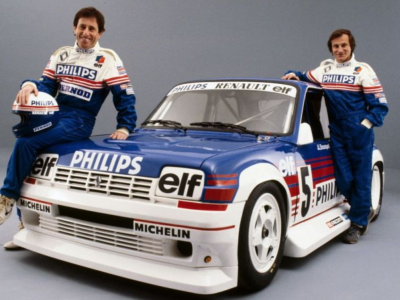