In July 1983 Maserati launched the sporting Biturbo S, for the Italian market only. Power was up 25 PS to 205 PS (151 kW; 202 bhp) at 6500 rpm, thanks to increased turbo boost and twin intercoolers fed fresh air by two NACA ducts in the bonnet. The chassis was updated too with lowered suspension and new, wider 6½Jx14″ magnesium alloy wheels, painted gunmetal grey with silver center and lip. The S was recognizable by its black mesh grille and the external trim (grille frame, headlight housings, window surround and Maserati badges on the C-pillar) finished in a dark bronze shade instead of chrome. The customer could only choose between two paint schemes: silver or red, both paired to the lower half of the body in contrasting metallic gunmetal grey.[5] That same year the 2.5-litre Biturbo 2500 or Biturbo E (for Export) was also introduced, and was joined some twelve months later by the Biturbo ES with 205 or 196 PS (151 or 144 kW; 202 or 193 bhp), respectively in European- or catalysed US-specification. Again in 1984 the original square instrument cluster was changed to a more rounded one. In 1985 all models received updates and were renamed Biturbo II, Biturbo S II and Biturbo E II. The cylinders were now Nikasil-coated, a more capacious fuel tank was fitted and a Sensitork limited slip differential replaced the earlier Salisbury clutch-type one. The second series Biturbo was recognizable by its new 6″Jx14″ wheels similar in design to the Biturbo S’s; the S II wheels had fully painted faces, without the silver center.

1986 brought a major change: carburation gave way to Weber-Marelli fuel injection, and the domestic models became the Biturbo i and Biturbo Si. Power increased across the range, albeit at some loss of throttle response. The intercoolers were moved from under the bonnet to a front-mounted position directly behind the grille, making the NACA ducts on the Si’s bonnet merely decorative. In 1986 an Italy-only special edition of the Si called the Biturbo Si Black arrived, whose main feature was of course a black on metallic grey livery. 105 were made until 1988. Performance was the same as for the regular Si. In 1987 Maserati launched the final car to wear the Biturbo badge, the 2.5 litre export market “S” model Biturbo E Si.

The Maserati 228 (Tipo AM334) was a two-door, 5-seater GT coupé based on the Biturbo chassis. It was conceived to fill the void left in the Maserati range by the departed Kyalami, and was therefore aimed at the same market of the large GTs of the past like the 3500 GT and Mexico. It was powered by the largest, 2.8 litre, 18-valve fuel injected V6 (hence the name 228 – 2-door, 2.8 L engine). Bilstein gas shock absorbers replaced the usual hydraulic ones, and a 4-speed automatic transmission was available on order. The notchback coupé bodywork was styled by Pierangelo Andreani, and the car was wider and longer than the two-door Biturbos, with no common body panels; the interior was also more luxuriously appointed. Maserati declared the European-specification 228 could accelerate to 0–100 km/h (0–62 mph) in 5.6 seconds and reach a top speed of 235 km/h (146 mph). A 24-valve but still carbureted prototype was shown in December 1984; the production 228 was introduced at the 1986 Turin Motor Show, and only 469 examples were made until 1992.

This particular car was new delivered to Switzerland on 31/08/1990. On 27/06/1995 it was exported by the same owner to Barcelona, where it was registered under his name. In 2008 it was delivered to a new owner in Leon (Spain) who used it for a few miles and because of a mechanical issue decided to take it out of circulation on 30/12/2010. The car was then stored for almost 5 years until it was bought by our company. It comes with all its service books and manuals, its original  leather file, tools, etc…

We recommend the following videoclip 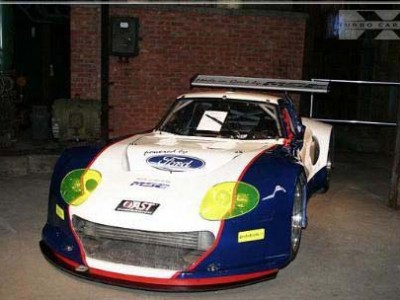