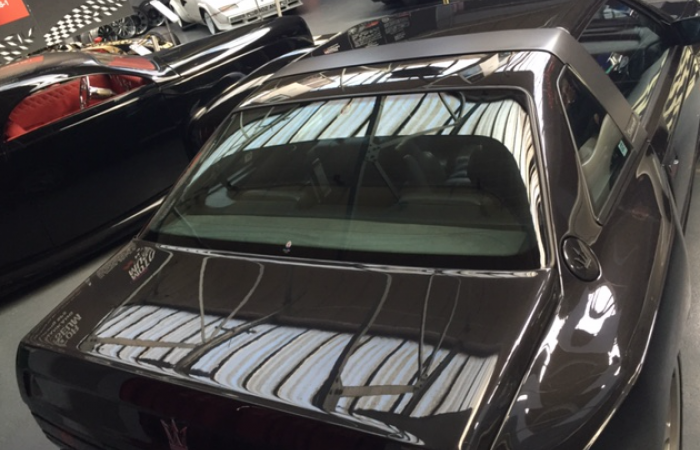 The Maserati Shamal (Tipo 339) is two-door coupé produced by Italian car manufacturer Maserati from 1990 to 1996. In keeping with an established Maserati tradition, it is named after a wind: shamal (Arabic for ‘north’), a hot summer wind that blows in large areas of Mesopotamia.

With its twin-turbocharged V8 the Shamal was Maserati’s flagship grand tourer, topping the lineup of V6-engined Biturbo coupés in both performance and price (at 125 million Lire).

The Shamal was introduced on 14 December 1989 in Modena, when Maserati president and owner Alejandro de Tomaso showed to the press to the press. It was the last model announced under the De Tomaso ownership: in January 1990 half of Maserati was acquired by Fiat S.p.A.. Sales began in 1990. The final year of production for the Maserati Shamal was 1996; factory figures indicate that 369 examples were produced.

The Shamal was designed by Marcello Gandini, of Bertone fame. The Shamal shows its Biturbo heritage in the doors, interior, and basic bodyshell, which were carried over from the Biturbo. Gandini’s styling signature is visible in the slanted profile of the rear wheel wheel arch, also present on the fourth generation Quattroporte IV and first seen on the Lamborghini Countach.

The center pillar wraps around the cabin as a roll bar and is always finished in black, a distinguishing characteristic of the Shamal. The name “Shamal” appears on either side of the central pillar in chrome lettering. The car has alloy wheels, a small rear spoiler and a blacked-out grille with chrome accents.

Another defining feature of the Shamal are its numerous headlamps in individual housings: outer round Carello low beams of the then-new projector type, inner rectangular high beams, combined turn signals and position lamps in the bumper, and two pairs of square lights in the lower grille—fog lamps and driving lamps.

The two-seat interior of the Shamal features extended leather seat cushions, temperature control and the famous Maserati oval clock, which is situated in the centre of the dashboard. The gear lever is finished in elm.

The Shamal used a traditional and extremely powerful front-engine, rear-wheel-drive layout and an all-steel unibody construction. Suspension was by MacPherson struts upfront and semi-trailing arms at the rear. All Shamals were equipped with an adaptive suspension developed by Maserati together with Koni. The system varied the damping rates, based on road conditions and the level of comfort desired.

The Shamal was powered by an AM 479 3,217 cc square (bore and stroke 80 mm or 3.1 in) V8 engine, with two overhead camshafts per bank, and four valves per cylinder. It was twin-turbocharged with two IHI turbines and intercoolers, and equipped with a Marelli IAW integrated electronic ignition and fuel injection ECU per cylinder bank. The original engine put out 325 PS (239 kW; 321 hp) at 6,000 rpm and 430 N·m (320 lb·ft) at 3,000 rpm. Power was sent to the rear wheels through a six-speed Getrag manual transmission and Maserati’s Ranger limited-slip differential.

This particular car was prepared in the Maserati factory by Ing. Giancarlo Caliri himself and is a truly unique car.

I purchased it in 1997 through the good services of our friend Giuseppe Candini and have ever since handled it with great care and attention and every maintenance or check was meticulously carried out only by the great Candini himself.

Recently the car has undergone a refreshing of the paintwork to bring back the original shine to its full glamour, mechanically and aesthetically the car is in absolutely perfect condition with a genuine mileage of 82.000km showing.

During the last eight years the car has been used very little since I was abroad for most of the time on the other side of the globe, and some important maintenance and replacement interventions have been carried out only a very few miles ago, such as new clutch, new turbochargers, new and oversized distribution belt and system, and the obvious consumables such as brake pads and tyres.

The story of the car is this: manufactured in 1991 it was originally bought by a shipping agent resident in Genoa. It came into the possession of Ing. Caliri when it was basically new and with only a few hundred miles on the clock.

When the Australian technicians were preparing for the racing season in their country, where the Shamal took part in the Saloon-Car Championship in 1997 and 1998, they came to be trained at the factory, and this car was actually used to perform the tuning of the engine to a tested output of over 435cv.

Some of the later V8 engines modifications present in the 3200 GT were for the first time applied on this car but the racing version of the engine in Australia was never taken to the same level of preparation which makes this Shamal a single piece of pure joy and pleasure.

The car however shows no visible modification and is a champion of understatement, up to the moment when the power is released, as some non-believers have experienced when challenging the car on various occasions. However on the road the Shamal is quiet and even sober in terms of fuel consumption when used at normal pace and is really easy going and perfectly suitable for confortable long distance travel.

It comes with all its service books stamped by the most well reputed specialist, Giuseppe Candini as well as with all its books, tools, etc… 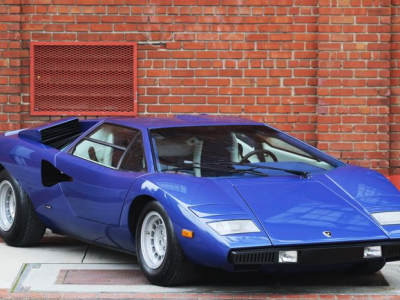 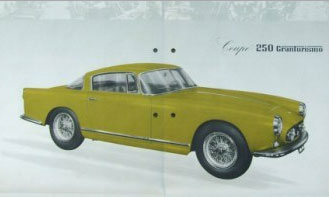