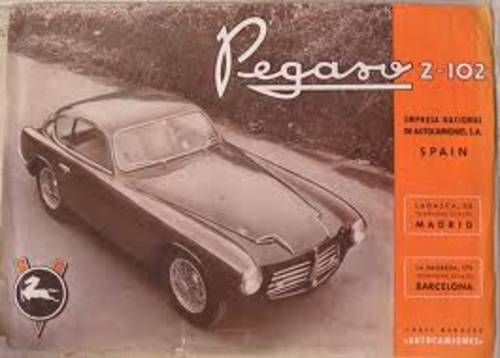 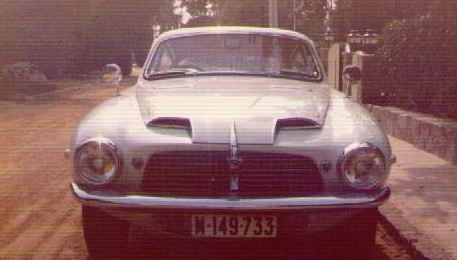 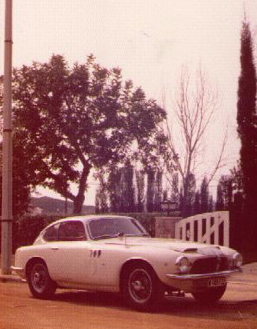 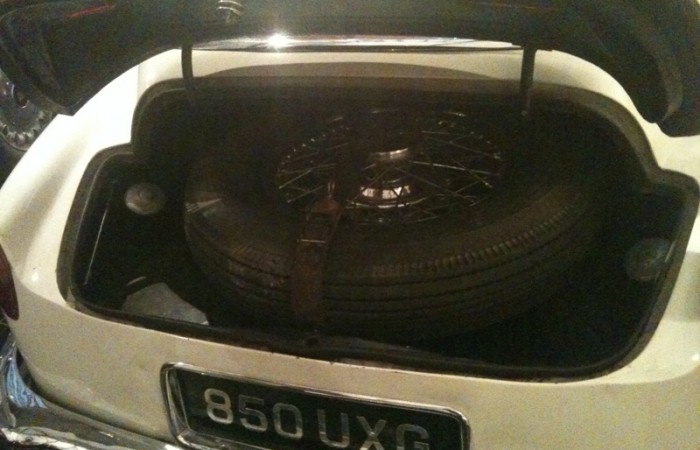 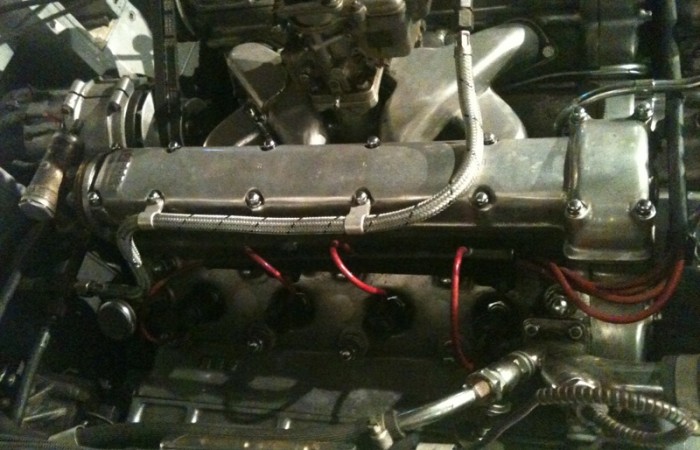 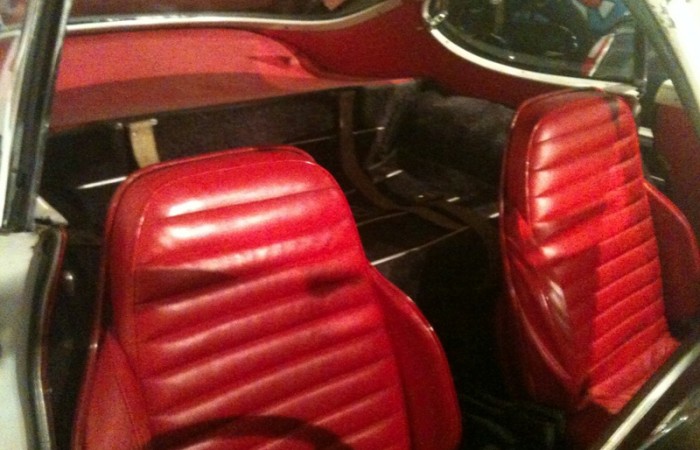 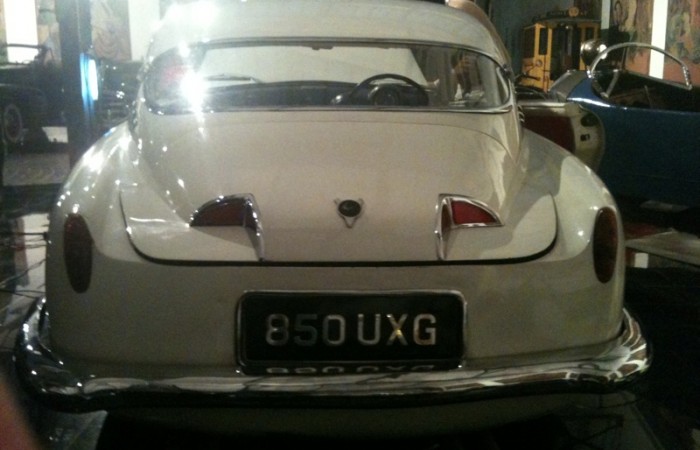 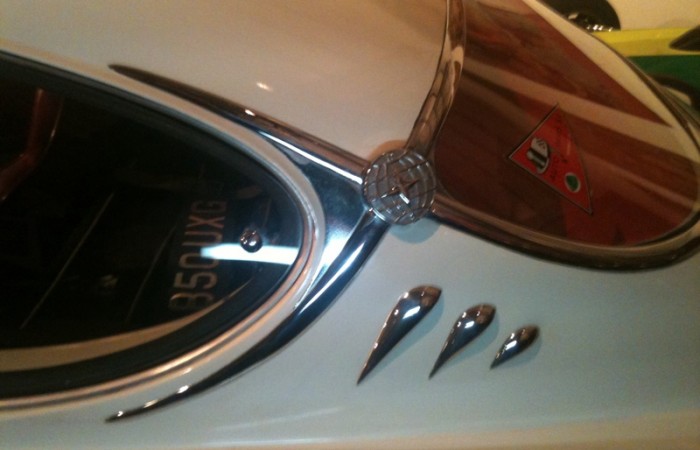 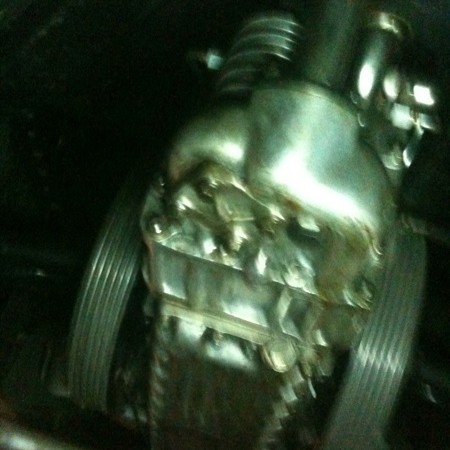 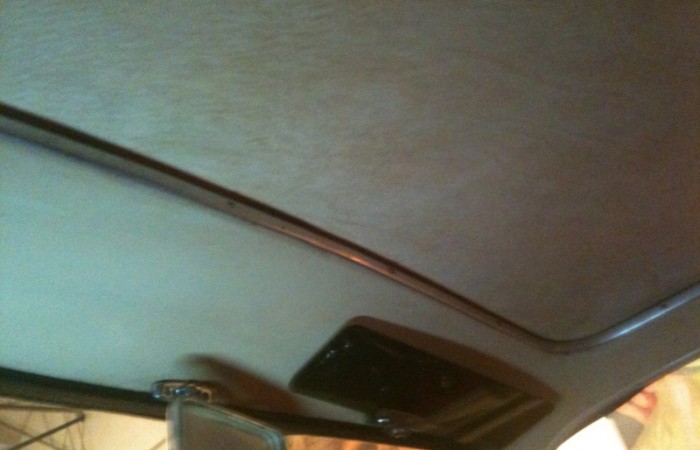 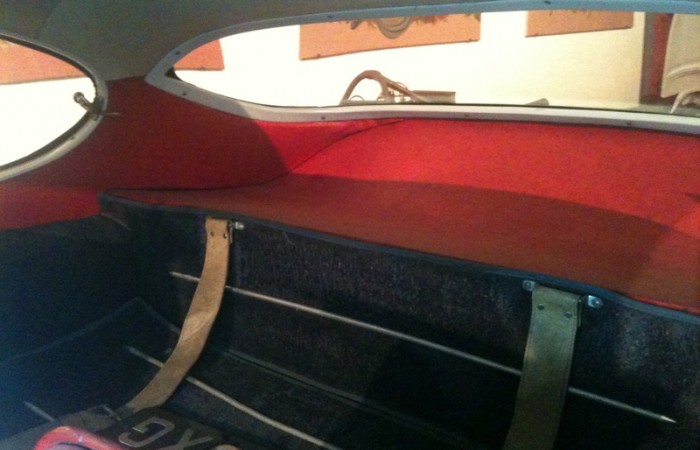 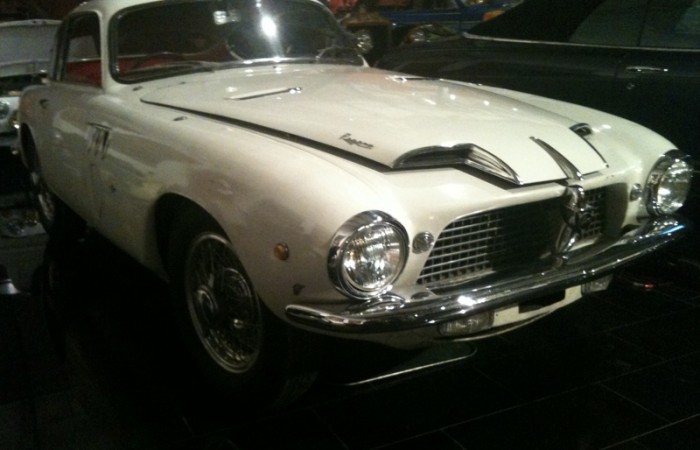 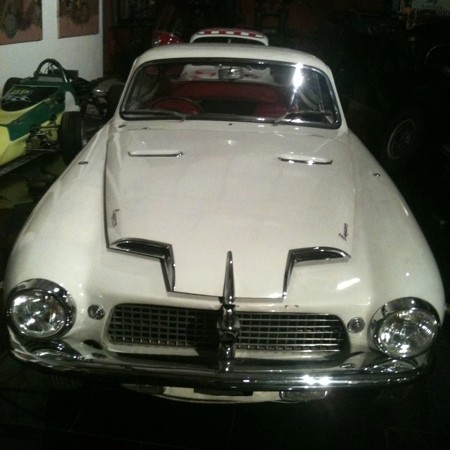 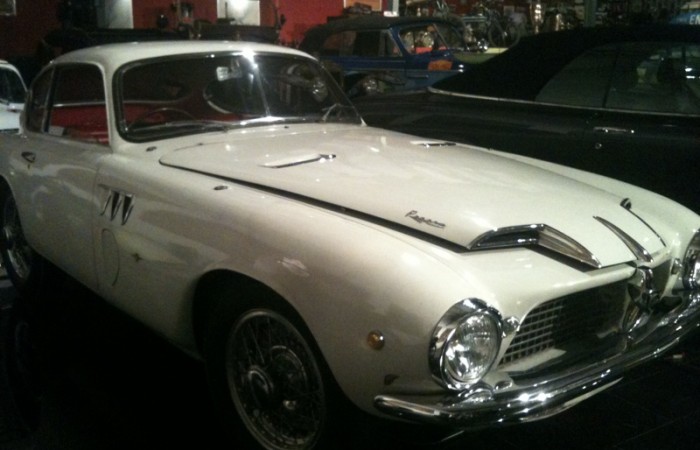 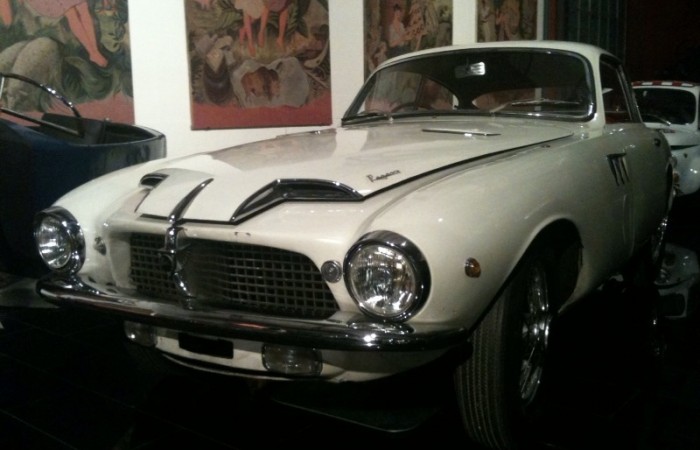 Pegaso was an established company noted for its trucks and motor coaches, but also produced sports cars for seven years. Pegaso chief technical manager by then was Wifredo Ricart, former designer of the Alfa Romeo 512, and fellow rival of Enzo Ferrari, who at the time had also worked for Alfa Romeo.
The Z-102 employed racing-car technology in its chassis and alloy body. Everything was produced in-house at Barcelona, where the Pegaso cars factory was, with the exception of the external coachworking, either by Carrozzeria Touring, Saoutchik or Serra (although early Z-102 units carry Pegaso-made bodies). A four-cam all-alloy V8 engine, dry-sump lubrication, and a 5-speed non-syncronmesh gearbox mounted with the differential as a unit were within a pressed steel chassis.
The Z-102 started life as two prototypes in 1951 as a coupe and a drophead. The coupe and convertible had dumpy steel bodies, and weight was an issue to the extent that Pegaso made the decision to revert to alloy for the coachwork. Coachbuilder Touring then ‘beautified’ the design, replacing the grille with a two-piece cross, lowering the car, repositioning the foglights, and simplifying various details to give it a clean profile, similar to the contemporary Aston Martin DB2 and the Lancia Aurelia, that was the most memorable and numerous of all Z-102 bodies.

The Z102 entered production with a 2.5 (2472cc) litre engine as used in the prototypes, though later there were variants with 2.8 (2816cc), and 3.2 (3178cc) litre DOHC desmodromic 32-valve V8 360 hp (270 kW) engines with multiple carburetors or optional supercharger. Horsepower ranged from 175 to 360, and, transferred through a five-speed gearbox and gear-driven camshaft, the fastest could reach 160 mph, (256 km/h), exceeding Ferrari autos, thus making it the world’s fastest production car at the time.[citation needed] The base car had an 120 mph (192 km/h) top speed.
The main beams of the car’s frame had large lightening holes, and the wheel wells under the body were used as stressed members.
This rear-wheel-drive car had its transmission in the rear, connected to the differential (making it a transaxle). But it was unusually located behind the differential within a reverse A-frame whose apex was at the rear of the chassis. A fuel tank was situated on each side of the transmission.
The rear suspension was of the De Dion type, with the unusual feature that, to restrain the tube from side-to-side movement, its tube had a small wheel at its midpoint that rolled in a vertical channel on the front of the differential (which in a De Dion system is bolted to the chassis) instead of using a Watts linkage or a Panhard rod.
Because the cars were built on a cost-no-object basis, this caused financial difficulty in the company and the Z-102 was discontinued after 1958. Just 86 cars were produced, and out of these, only a handful of cabriolets were built.
Furthermore, on September 25, 1953, in Jabbeke (Belgium), a Z-102 Touring BS/2.8 (the old Barchetta used at Le Mans, 2.8 litre single supercharger), driven by Celso Fernández, broke four official R.A.C.B. (Royal Automobile Club de Belgique) worldwide records (fastest of them, 243.079 Km/h (= 151.042 mph) average in the flying-start kilometer), previously owned by a Jaguar XK120. Pegasos achieved excelent results in several Concours d’Elegance contests, from their glory days until today, including Pebble Beach, Villa d’este, Autobello, etc…. A Pegaso Z-102 coupé by Saoutchick, owned by Baron Thyssen-Bornemisza, was in this respect the epitome of coachwork sophistication, as it had seats upholstered with leopard skin and controls in gold, and in such a finish it won the 1953 Enghien-les-Bains (France) Grand Prix d’Elegance.

This is the well known unit 65 with chassis number 150-0252 (153-0165) with a Touring Superleggera body of the second series called BT2. The engine is a 3.2 liters V8 with a single double-carburetor. The car was first registered with a number plate from Madrid M-149333 and kept the same number until these days. The first owner of this unit was a wealthy gentleman called Antonio Lorenzo García, who was a Pegaso parts supplier back in the 50′s. This vehicle was sold as new with the exact configuration (chassis, engine and body) as it has today. Some of the numbers may seems not to match but as this is one of the very last Z-102 ever made and the Z-102 project was reaching its end, the Pegaso factory made used of the assembled engines and chassis they had available from their racing department. This is one of those cases, as this chassis was originally from the famous racing car number 52, and the engine belonged to another famous racing car, the number 69. Both, the 52 and the 69 served to build and finish the car number 65. All these jobs were carried out by the Pegaso factory in the 50′s, and the car left, as new, the Pegaso factory with this configuration, as stated in the Enrique Coma-Cross book. A clear example is that the coach builder Serra starts working for Pegaso when the project Z-102 was approaching his end. He started finishing unfinished jobs made by his foreign competitors and building a much cheaper body called SS1 and SS2. it’s well known that the following unit to this one, is the number 66 and it’s already a Serra body. The beginning of the end of the Z-102 project starts by the production car number 50, and from this unit until the last one, which is number 86, all the cars, apart from 5 units, are a mix of the available engines, brakes, parts, chassis and bodies, as stated in the Enrique Coma-Cross book.

This great and rare Pegaso Z-102 is in original conditions. The paint is not nice anymore but it participated at the 2011 “Autobello concours d’élégance” and it won the first price award. It’s a unique piece, as it’s the only Pegaso Z-102 BT-2 (Berlina-Touring, series 2) Superleggera with the front of the Z-103. It was the last body of the Z-102 built by Touring, before the Z-103 came out. There were only one BT1 with that front and one BT2, which is this one. The millage shown on the odometer is not to be trusted because apparently the engine was mechanically rebuilt by the previous owner, in Germany, back in the late 90′s/early 2000′s.

The history of this vehicle is very clear since the first day. All ex owners are mentioned on the Pegaso book written by Enrique Coma Cross. It is the car number 65 of the book. It is also documented on the book of Pegaso written by Mario Laguna. These are the two main Pegaso books available in the world.

-The car is a so called BT2, which means “Berlinetta Touring serie II”

-This chassis was first stamped back in 1955, by the factory, with the number 150-0152 and it was manufactured for racing at the Carrera Panamericana. The chassis took place at several hillclimbs and rallyes until it was returned to the factory and it was re-stamped with the number 150-0252, which is the actual number. You can still see today the plate welded on top of the old number and re-stamped by the factory with official numbers. That was done back in 1956 by the own Pegaso factory. it was very common back them, as Pegaso used a large part of its cars for racing and rallying.

- This Pegaso was resold brand new, with the actual configuration, by the Factory in 1956 to a gentleman called Antonio Lorenzo Garcia of Madrid. The car was registered brand new with the number plate M-149733. We still have copy of the original papers as well as lots of pictures with that number plate, back in the late 60′s. The car still shows the old original ID plate showing the name, address and chassis number. This was a very common practice back in the 50′s, 60′s and 70′s in Spain. This is not the number plate but a plate showing the owner’s name. This is great to proof the provenience!

- In June 1961 it got sold to a gentlemen called Mr. Manuel Garcia Alvarez resident of a city called Leon

- In March 1965 it got sold to a gentleman called Mr. Luis Montras Martinez resident of a city called La Coruña

- In February 1972 it got sold through a company called Comericial Genove to Mr. Jose Maria Bascones resident of Barcelona

- in May 1976 it got sold to Mr. Antonio Serrahima Elias resident of Barcelona

- in January 1979  it got sold to Mr. Manuel Ferrer Catalan, resident of Barcelona

- in 1987 Mr. Manuel Ferrer Catalan moved to Germany where the car remained until 2003 when the car was exhibited at the Techno Classica (Essen). See attached picture of the Pegaso book from Mario Laguna.

- in 2004 It got sold to a Gentleman of Paris called Mr. Paul-Emile Bessade resident of Paris

- In 2010 it got sold to Mr. Francisco Ramos, at that time, resident of Madrid (Actual Owner) 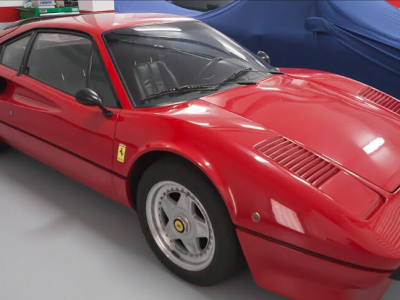 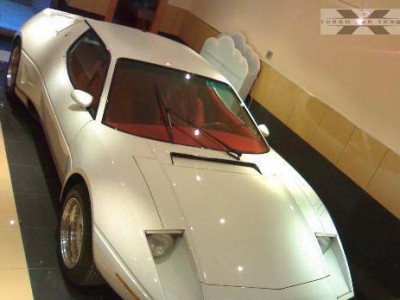