In 1982 the two-litre 208 was succeeded by a turbocharged and fuel injected version, the 208 GTS turbo unveiled at the Turin Motor Show. It was the first ever turbocharged road-going Ferrari.

The 208′s engine was given a single KKK turbocharger with wastegate valve, Bosch K-Jetronic fuel injection and Marelli electronic ignition. Forced induction increased power to 220 PS (162 kW; 217 bhp) at 7000 rpm. A GTS version was introduced a year later, in 1983.

Both outside and inside the 208 Turbo was almost identical to the contemporary 308 Quattrovalvole. It could be recognized by NACA ducts in front of the rear wheel wheel openings and “turbo” badging on the tail and shrouded exhaust pipes; the normally optional deep front spoiler, black roof aileron were standard.

The convertible version of the GTB Turbo was fitted with the same engine and offered similar out-and-out performance. The body styling and cabin were the same as the 328 series and included all the latest aerodynamic and ergonomic improvements added by Pininfarina. It is interesting to note that this model, with its 2-litre turbo-charged V8, offered performance comparable to the 328, which was powered by the naturally aspirated version of the 3.2-litre. It was the first Ferrari Turbo car ever built.

In 1986 the Italian market “tax break” model, the GTS Turbo, together with its fixed roof cousin, the GTB Turbo, became the final developments of the transverse V8 engine 2 seat Ferrari series. Essentially the GTS Turbo was, as the name implies, a turbocharged variant of the 328 GTS, but fitted with a 2 litre engine. Like the 328 GTS, the GTS Turbo model presented a softening of the wedge profile of its predecessor, the 208 GTS Turbo, with a redesigned nose that had a more rounded profile, that was complimented by similar treatment to the tail valance panel.
Ferrari GTS Turbo – 1986
Ferrari GTS Turbo – 1986
THE BODY AND THE CHASSIS

The revised nose and tail sections featured body colour bumpers integral with the valance panels, which reflected the work done concurrently on the Mondial 3.2 models, with which they also shared a similar radiator grille and front light assembly layout. Thus all the eight cylinder cars in the range shared fairly unified front and rear aspects, providing a homogeneous family image. The exhaust air louvres behind the retractable headlight pods disappeared, with an increase in the size of the front lid louvre introduced on the “QV” series, and a new style and position of exterior door catch was provided.
The interior trim also had a thorough overhaul, with new designs for the seat panel upholstery and stitching, revised door panels and pulls, together with more modern switchgear, which combined to reflect the external updating details. The GTS Turbo model had some differences that differentiated it from its normally aspirated cousin, notably a different engine lid louvre and raised central panel arrangement, a NACA duct forward of each rear wheel arch, and a row of five slim exhaust air slots in the rear valance panel. It also featured the rear of roof aerofoil, which was optional on the 328 series, as standard equipment.
The GTS Turbo chassis carried type reference F 106 AS/TR. Disc brakes, with independent suspension via wishbones, coil springs, and hydraulic shock absorbers, were provided all round, with front and rear anti roll bars.
THE ENGINE

The V8 engine was essentially of the same design as that used in the 208 GTS Turbo model, with a bore and stroke of 66.8mm x 71mm, and a type reference number F 106 N 000.
The engine retained the Bosch K-Jetronic fuel injection system of its predecessor, but was fitted with an IHI turbocharger with a Behr intercooler operating at a boost pressure of 1.05 bar, with a Marelli MED 807 A electronic ignition system, to produce a claimed power output of 254bhp at 6500rpm.
As with the earlier models the engine was mounted in unit with the all synchromesh five speed transmission assembly, which was below, and to the rear of the engine’s sump.
The GTS Turbo model continued in production for three years, during which time 828 examples were produced in the chassis number range 63739 to 83148. The early part of the series was numbered in the Ferrari odd number road car chassis sequence, and later examples in the continuous number sequence.
Ferrari GTS Turbo – 1986

This particular car is the very last evolution of the 208 Turbos. It was originally fitted with a Behr intercooler which makes the car much more reliable and effective. It is a two owners car, matching numbers, never repainted, wearing its original red corsa color with a beautiful interior in tan, which makes this unit one of the most beautiful original color combinations. It comes with its original set of tools, all service and owner’s handbook, the two original keys, a never used spare wheel and its original jack. It got sold when new on 01/02/1989 to Mr. Giuseppe Calza (PN) who owned it until 20/04/1994 when it got sold to the company Brescancin of Cordenons (PN). This company owned it until 11/03/2015 when it got sold to a car dealer of Pordenone who right after sold it to our company. 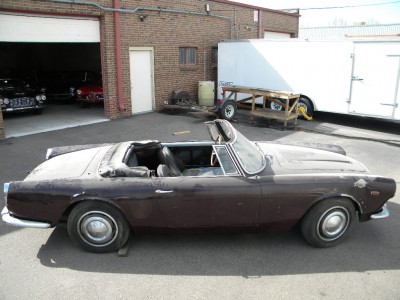 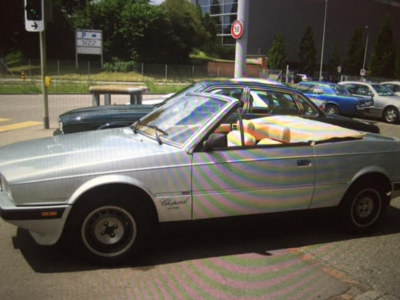 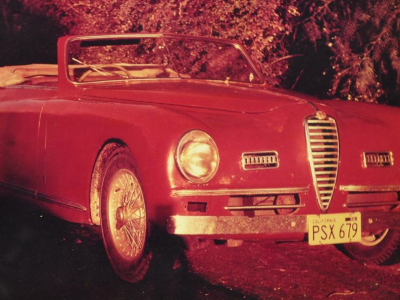