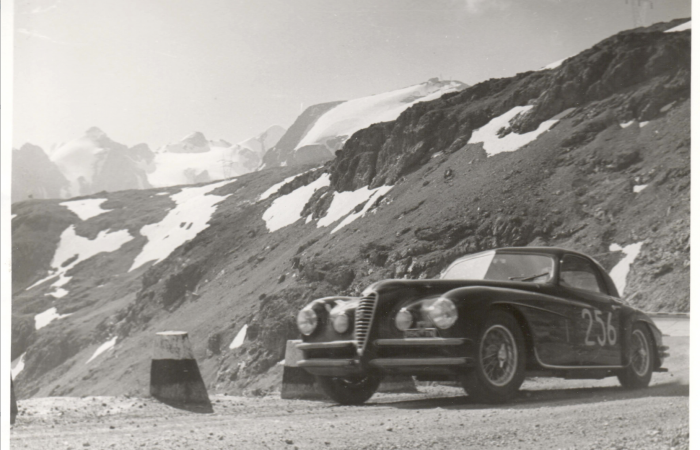 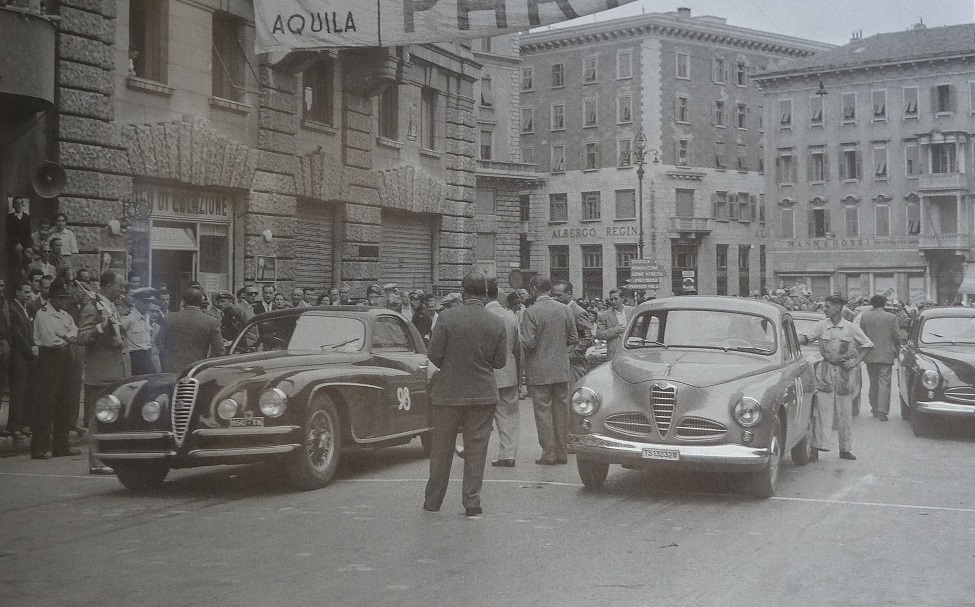 This particular car, is a matching numbers unit, bodied by the most prestigious “carrozziere” Touring with Touring number plate 3301.

This Super Sport coupe has been built on the desirable 2,700mm “short” chassis. It is a solid partially restored example requiring a complete cosmetic restoration. The previous ownership period lasted for some 58 years.

The car was sold back in 1948 to the famous rally driver Eugenio Lubich of Triestre (Italy), who raced it very successfully in competition for the first years of its life. See the above attached picture. Mr. Lubich raced with great success with the most greatest Alfa, Ferrari, Maserati, Lancia and other uniques italian cars of all times, like Alfa 6C, Maserati A6GCS, Ferrari 250 Monza, Ferrari 250 TdF, etc…

This is part of the score achieved by Mr Lubich with this vehicle:

On 29/09/1953 the car got sold to an italian aristocrat and one of the most laureated rally drivers, the Count Innocente Baggio, known in the rally world as “Dodo” who participated at the most important events like Mille Miglia, Targa Florio, 25 heures du Mans with cars like Ferrari 375 MM, Alfa 6C, etc. Mr. Baggio shared the wheel usually with his good friend and also aristocrat, diplomat playboy Porfirio Rubirosa (ex boyfriend of Marilyn Monroe, Ava Gardner, Rita Hayworth, Judy Garlan, Eva Perón, among others) and well known polo and race driver. Mr. Rubirosa was the right hand and son in law of dictator Trujillo of Dominican Republic. Rubirosa died at the age of 56 early in the morning on July 5, 1965, when he crashed in Paris his Ferrari 250 GT convertible into a chestnut tree after an all-night celebration at the Paris nightclub “Jimmy’s” in honor of winning the Coupe de France polo cup. See http://en.wikipedia.org/wiki/Porfirio_Rubirosa We only need to type whether Mr Lubich, Dodo Baggio or Mr Rubirosa on internet to find out who they were, not only in terms of racing but as VIP’s. Mr. Rubirosa also raced with Ferrari 166MM, Ferrari 625LM, Ferrari LM, Ferrari 500 Mondial Sebring, among others.

After this episode, this very special 6C was exported to France, when it was purchased by Mr. Milford back in 1954 or 1955 by a U.S. Army Platoon Sergeant by the name of “Sergeant Stone” while stationed in France. The car had been financed through GMAC in Zurich, Switzerland. At some point, the sergeant over-revved the engine, bent some valves and the car was parked. When the sergeant returned home, Milford (a “sergeant first class” in the U.S. Army) agreed to pay off the GMAC loan in Switzerland and the car became his. It seems that Sergeant Stone had already acquired a spare cylinder head. The engine was damaged but there was the spare head and parts were still available routinely in 1956.

Milford bought the needed parts from an Alfa Romeo dealer in Zurich while paying off the loan. He got the car running, drove it for a bit in France and then brought the car home to Pennsylvania when he returned to the USA in 1957. The car was a dusty grey color when he got it. He drove the car for a while and then it sat for a time until he decided to go through the car completely. The car was then in a storage since 1957 until 1999, when Milford purchased a new home property with a shop building and the car was moved at that time from one part to another part of that same town … which is where It was picked it up after 55 years of storage.
Most exclusive of the post war 6C2500 line was the 6C2500 SS, built on a short 2.7 metre chassis and intended for exclusive coachbuilt bodywork. Total production of the 6C2500 SS was 458 units, of which 75 were built between 1939-1943 and 383 between 1947-1951.
This delightful coupe must be one of the handsomest post-war Alfa Romeos and would be a worthy addition to any connoisseur. 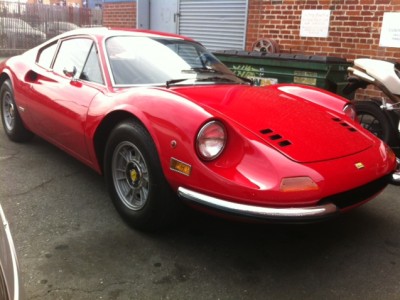 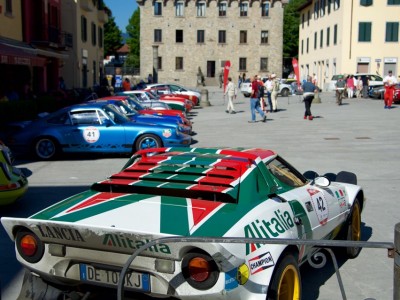