Named for Enzo Ferrari’s son, Alfredino, who died in 1956 at the age of 24 as the result of muscular dystrophy, the Dino was, fittingly, a ‘baby’ Ferrari that was dimensionally smaller and more nimble than any other street Ferrari. Its mid-placed engine was aFerrari first for a street car, and the engine itself is a gem: a lovely quad cam V6 that reflected the lessons learned from producing V6s for Dino race cars like the 206 SP. The styling for the car was done by Pininfarina, and remains to many one of the most beautiful and exotic Ferraris of the period. Certainly the view from the driver’s seat over the two prominently curved fenders is one of the most evocative roadgoing driver’s seat views.

Calls for more power were answered with this higly desirable and low production 2.4 L (2418 cc) Dino 246. The motor was a 65-degree, dual-overhead-camshaft, 9.0:1 compression ratio, iron block with alloy heads. The European motor produced 195 bhp (at 7,600 rpm), and was available as a fixed-top GT coupe. This european version was more powerful than the American option that had an exhaust air-pump, and timing changes which created only 175 hp (130 kW). The GT had 3 Weber 40 DCNF/6 or 40 DCNF/7 carburetors.

Dino 246 production numbered 2,295 GTs and 1,274 Spyders, the latter being built from 1972 to 1974 only, for a total production run of 3,569. Three series of the Dino were built, with differences in wheels, windshield wiper coverage, and engine ventilation. The Series I cars, which is the most exclusive and the one we are offering, were sold at a low production of 357 cars of which were built until the summer of 1970, used the same center-bolt wheels as did the 206. Series II cars (built until July 1971 in 507 examples) received five-bolt Cromodora alloys and “clap-hands” wipers. The Series III cars had minor differences to gearing and fuel supply, and were built at a much higher rate as sales in the United States commenced with this version. 1,431 Series III coupés and 1,274 GTS cars were built. The 246 had a claimed top speed of 146 mph (235 km/h), although in July 1971 a road test by Britain’s Motor magazine reported a top speed of 148 mph (238 km/h).

The Dino’s 2.4 L V6 found its way into a number of other Italian performance cars after its application in the 246, most notably the Lancia Stratos rally car.

This special car is one of the most exclusive and rarest Dino ever built as, it is not only one of the shortest Dino L production cars but it also wears a very elegant and rear white color which makes this car almost unique. Only a handful of white Dino L were originally built in this amazing “Bianco Polo” color.

This particular car with chassis number #00894 was manufactured in 1969 and delivered new in Italy to Mr. Antonio Bertin (Cassola, Italy) on 28/02/1970. The sale was carried out by the Ferrari dealer Ravasio & Figli (Verona-Italy). After a long period, the car was exported to the Netherlands being owned by Mr. Boel (Hilversum, Netherlands) between 1995 and 1996. We estimate that the car was repainted red at one point before being exported to The Netherlands. The car was then owned by Mr. Ruttcher (Aachen, Germany) between 1996 and 1997. In 1997 the car got sold back to The Netherlands being owned by Mr Rodenburg (Noordwijkerhout, Netherlands) between 1997 and 2003. In 2003 the car got sold by VSOC (Mr Von Mozer) and exported to Spain by a gentleman called Mr. Pereda (Madrid, Spain) who drove it for a few Kms before starting a long, deep and full nut and bolt restoration that took the car out of the road for over a decade. In 2013 the car was finally finished to the highest standards. Mr. Pereda just drove the car a couple of hundred kms after the restoration and then it was bought in November 2014 by our company. Mr. Pereda kept the car in the red color the car had when he bought it.

The car makes a strong cosmetic and driving impression. The car is a pleasure to drive. The engine is well-tuned, makes good power, and sounds absolutely fantastic. The gearbox works well, with good synchromesh, and the clutch grabs positively. The steering is tight and the chassis wonderfully nimble and communicative in a way that gives the driver the confidence to drive enthusiastically and provide an entertaining and rewarding experience.

This is an outstanding opportunity to acquire an excellent, distinguished and elegant car which is expected to continue being a great investment. 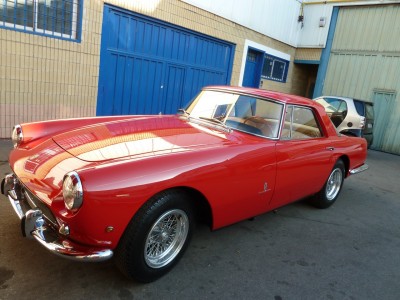 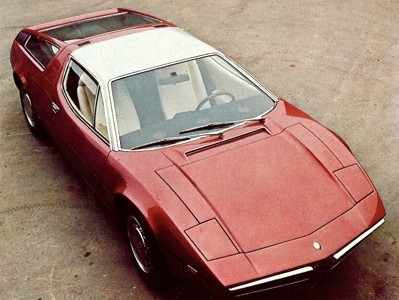